Elulu is a story about a woman who fell in love with a mad man. In this story, the woman helps Ojulape helps Gebnminyi recover from the madness that struck him. Despite Ojulape profound love for Gbenminyi, her marriage is threatened by her parents who her parents, who are not in support of the union.

TimuTimu tells the story of a barren wife, who couldn’t bear a child for her husband. Just like in most Nigerian homes, she has to bear all the critics. TimuTimu clearly explains the pain felt by barren wives in Nigeria. TimuTimu stars top Yoruba actors including Kemi Afolabi, Rose Odika, Kola Ajeyemi, Bukola Adediran and lots more.

Aye is a Yoruba movie, that tells the story of a girl who is pestered by a man, who knows she is in love with someone else. In this movie, Laronke mistakenly bumps into the bathroom, when her elder brother’s friend (Dauda) is having his bath. Dauda vows he must see Laronke’s Nakedness.

Ikorira tells the story of a Bode and his sister Adun, who has a habit of scrutinizing Bode’s girlfriends. Her judgment, usually determines if Bode will go on with the relationship or not. When Bode falls in love with Adun the story changes. Bode refuses to go with his sister’s advice.

Ajo tells the story of a woman who is optimistic about getting the best the world offers. She strives to get fulfilled by all cost. This quest drove her into forgetting some basic things about life.

This movie tells the story of a father who was killed while trying to secure a butcher permit for his son. Sonto is aware of the fact that his father’s death wasn’t natural, but spiritual. He decides to fortify himself spiritually. He becomes successful and has a lot of superpowers.

Talarole tells the story of a father who shows preference in love for his children. He cares more for his son, rather than his daughter. This movie cast Joke Val, Taiwo Aromokun, Lere Paimo and lots more.

Ogboni is a Yoruba movie that tells the story of a skilled laborer who got struck with kidney failure and needed a transplant. A transplant he could not afford. He is helped by a friend, who he ones helped some time ago. This friend then introduces the skilled laborer into the Ogboni cult, to get rich.

Jaguda Metta tells the story of a man who is compelled to the things, he won’t ordinary do, but he is obligated to do them, because of the circumstances covering his growing up funds.

Abimbola is a Yoruba movie that tells the story of a woman who married a cheating husband. Funke gets to know that her husband is cheating, so she invites her sister to the house, to create a vacuum when she is absent. Only for Funke to find out her husband began cheating on her with her sister instead.

IWALEWA is a Yoruba movie that tells the story of a young girl, who thinks beauty is everything. She learns the truth in a very hard way.

Pastor WERE tells the story of a pastor who runs mad during a church service. He is rescued by a church member, who requires the pastor to do an unbelievable thing to regain senses.

Desire is a Yoruba movie, that tells the story of a nymphomaniac woman, whose sexual urges heightens after marriage. Her husband is plagued with a lot of embarrassment, which is facilitated by his wife’s behavior.

This Yoruba movie tells the story of a girl who is madly in love with a guy, and willing to go any extent to get his love and attention. Her love is killed due to the rivalry. She is promised a sum of 50 million Naira for her loss.

Akanmu Sonwoe tells the stories of a craftsman who falls in love with the wrong person. He later gets betrayed by the person he loves, which leaves him heartbroken.

Oloore Mi is a Yoruba Movie that tells the story of a mechanic, who dreams of a woman that will bring him a fortune. He wakes up, only to find out he has seen the woman in his dream before. His then journies to search for the woman, in order to claim his fortune.

Ade Oba tells a story palace thrown into distress, as a result of a missing crown, which disappears from its rightful place. If the crown isn’t found of time, there will be consequences.

Last but certainly not least, is Enekeji, a Yoruba movie, that tells the story of two identical twins, that rival each other. One of the twins impersonates her sister, to win over a perfect man.

There you have it – a comprehensive list of 20 must-watch Yoruba movies you can watch online. Please note that movies featured in this article are available for streaming on youtube. 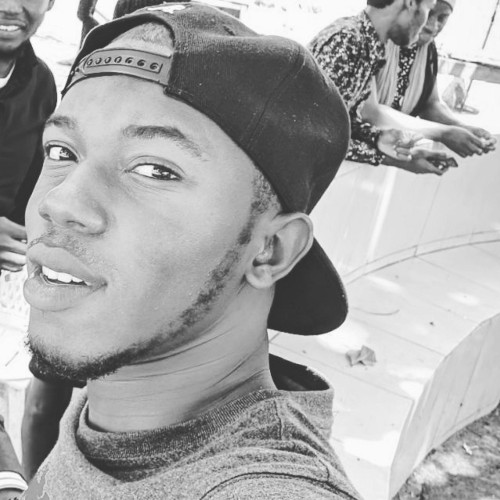 Nigeria Will Launch Its First Indigenous Satellite By 2018 – Bulama

Skin Dryness Hacks That Will Save Your Life This Harmattan