Over the last ten years Nigerian has undergone  a great deal of transition in information and communication technology. Modern handheld devices, slicker laptops and tablet PCs has placed the internet at the palm of every Nigerian.

According to Vanguardngr, Nigeria has acted in light of this growth and passed cyber crime into its law. See extract below.

When Nigeria’s telecoms revolution took off after the licensing of GSM operators in 2001, it heralded positive developments for Nigerians as a people, and the economy in general. Communications among Nigerians and between Nigeria and the rest of the world, which was very difficult, became simplified almost overnight.

In no time, computers with internet connections became ubiquitous, and with the coming of data services, devices with mobile internet capability became choice attraction. When the tablet computer took the world by storm, Nigeria and Nigerians were not left out as tablets of various brands found their way to Nigeria, and were promptly gobbled up by a population whose desire to communicate became almost insatiable.

Thus, Nigerians joined the rest of the world in being active in cyberspace. Thousands, even millions, opened email accounts, and started playing games online. E-commerce gained ground, and online retailers are smiling to the banks. But like every good thing, the ugly came with it.

Scammers started operating in cyberspace, ripping off the unwary. While the Police and other law-enforcement agents tried their best, a major flaw existed: there was simply no law that captures cybercrime and prescribes punishment for cyber criminals.

It was this that prompted many interest groups in the ICT arena to clamour for a cyber crime law to regulate activities in the sector as well as to take care of the criminally-minded.

Only recently, the Senate passed the long-awaited Cyber Crime Bill into law.

It would be recalled that in the past 10 years, several bills on cybercrime had been pushed to the National Assembly by the Nigerian Information Technology experts, but none scaled through the final reading on the floor of the Senate.

Many of the bills did not even get a mention, but recently, one of the bills eventually passed through the final reading and was approved by Senate, a development that has drawn   commendations from ICT professionals in the country.

In 2011, Senator Gbenga Kaka (APC, Ogun East) had presented a bill to stop cybercrime. But the bill came under controversy due to a section related to social media.

In January, President Goodluck Jonathan in the bill titled, “Cybercrime Bill, 2013”, which was routed through the Senate President, David Mark, had urged members of the upper legislative chamber to consider its enactment into law.

The bill introduced July 28, 2011, was targeted at curbing the activities of internet scammers, who always give the country bad name, both locally and internationally.

Cybercrimes include crimes that have been made possible by computers, such as network intrusions and the dissemination of computer viruses, as well as computer-based variations of existing crimes, such as identity theft, stalking, bullying and terrorism.

The passage of the bill is also part of the continuation of measures towards safeguarding the nation’s presence in cyberspace while ensuring protection of critical national information infrastructure. Accordingly, the bill provides for the prohibition, prevention, detection, response, investigation and prosecution of Cyber Crimes and for other related matters, 2014.

One thing is clear with the passage of the bill. Cyber crimes, especially the advanced fee fraud popularly known as 419 are expected to be reduced to the barest minimum.

Similarly, with the passage of the bill, notable official government websites including that of National Information Technology Development Agency (NITDA), the country’s clearing house for IT projects will now be adequately protected..

Meanwhile, chairman of the Senate Committee, Sen. Umaru Dahiru, while presenting the report before the Senate for consideration and passage said that the bill seeks to provide a legal framework for the implementation and evaluation of response and preventive measures in the fight against cyber crime in line with international best practices.

Provisions of the law

It provides a legal framework for the prohibition and punishment of electronic fraud and cybercrime whilst promoting e-government services, electronic communications and transactions between public and private bodies as well as institutions and individuals.

The law has criminalized certain acts and omissions in line with regional and international best practices and provide procedural guidelines for the investigation of such offences.

It also defines the liability of service providers and ensures that national interest is not compromised by the use of electronic communications. Meanwhile, Deputy Senate President, Ike Ekweremadu, who presided over the plenary session of the Senate on Thursday, 23 October, put the question on the bill that sailed through third reading and was thus passed. Ekweremadu noted that the Bill would go a long way in fighting corruption as well as reduce to the barest minimum the rate of cyber-crime in Nigeria.

Commending the passage of the Cybercrime Bill into law, CEO of Mobile Software Solutions, Chris Uwaje   however noted that the law is fundamentally flawed by the fact that the foundation for the ICT Legislation Architecture for Nigeria which is the “National Information Technology (IT) Bill” and its enabling Acts- has not been laid.

For Lanre Ajayi, ATCON President, the passage of the bill is welcome , adding that it would boost e-commerce. Similarly, Jimson Olufuye, chairman of the Africa ICT Alliance, also commended passage of the bill, noting that what is critical is smooth, full implementation of its provisions.

Speaking on the new development, Jide Awe, Chairman Publicity, Trade and Event Committee of Nigeria Computer Society believes that the bill requires the President’s assent to become law.
“Cybersecurity legislation is however long overdue” he said. The political class has actually been quite slow and it is about having an appreciation of the damage absence of cyber legislation does to a nation and its people.

Provides for a safe digital environment

“Effective enforcement will deter and penalize cyber mischief, and stem the negative misconceptions about the Nigerian nation in the foreign media and community. 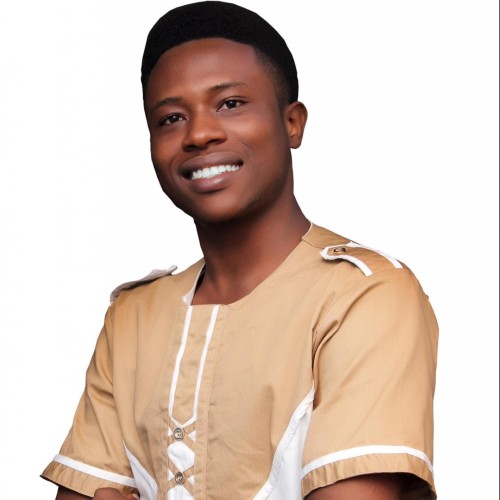 Ebenezer Obasi
A web developer, IT graduate, terrible entrepreneur and a man of a few other incongruous talents, Ebenezer has been programming and writing on technology since 2012, and plans to do so until a few days before his ultimate fate: cryogenic preservation. If resurrected, he is likely to go back to his old habits.

Official: Paypal Storms Nigeria – How Real is it?