For the remainder of the year, stream as well as download the best Hollywood and Nollywood action, drama, comedy, romance and horror movies. We’ve made a compilation of all the new movie releases to binge on before the year runs out. Grab a bowl of popcorn, sit back on your couch as we embark on a roller coaster ride of exclusive, blockbuster movies.

This historical epic story is based on alternate history of The Kingdom of Dahomey. One of the most powerful states of Africa in the 18th and 19th centuries. Agojie, the all-female unit of warriors with skills and a fierceness unlike anything the world has ever seen must fight an enemy determined to destroy their way of life.

Avatar: The Way of Water

Avatar: The Way of Water is the sequel to the 2009 Sci-fi Avatar movie directed by James Cameroon. The story follows the Sully family, the battles they fight to stay alive and the trouble that follows them. As well as the lengths they go to keep each other safe and the tragedies they endure.

An American survival thriller film directed by Baltasar Kormákur, starring Idris Elba, Iyana Halley, Leah Sava Jeffries, and Sharlto Copley. A father’s strained relationship with his two daughters forces him to reconnect them to their mother’s South African roots, where a beast gone rogue hunts them.

A college professor gets drawn into an escalating battle of wills after she catches two hunters trespassing on her property in the remote mountains of the American West.

Puss in Boots: The Last Wish

Puss in Boots is a comedy animation about a cat that discovers that his passion for adventure has taken its toll: he has burnt through eight of his nine lives. Puss sets out on an epic journey to find the mythical Last Wish and restore his nine lives.

The legendary Clades are a family of explorers whose differences threatened to topple their latest and most crucial mission. Deep into an uncharted and treacherous land, fantastical creatures await.

The psychological thriller follows a 1950s housewife, Alice Chambers (Florence Pugh), who “discovers her idyllic life in a manufactured company town is far from perfect.” Chambers develops a complicated relationship with her husband, Jack, as she begins to suspect he is hiding disturbing secrets.

Prey for the Devil

The Prey for the devil is an American supernatural horror film directed by Daniel Stamm and written by Robert Zappia. It stars Jacqueline Byers, Colin Salmon, Christian Navarro, Lisa Palfrey, Nicholas Ralph, Virginia Madsen, and Ben Cross. The film give an account of a nun who prepares to perform an exorcism and comes face to face with a demonic force with mysterious ties to her past.

In this film directed by Mark Mylod, a young couple travel to a remote island to eat at an exclusive restaurant where the chef has prepared a lavish menu, with some shocking surprises.

Chase and Laine head to the Horror Hound festival where Laine begins to experience unexplained premonitions and disturbing visions associated with the town’s past, and in particular, local legend The Creeper.

As the festival gets underway and the blood-soaked entertainment builds to a frenzy, Laine believes that something unearthly has been summoned and that for the first time in 23 years…The Creeper is back.

American slasher film directed by David Gordon Green and written by Green, Danny McBride, Paul Brad, Logan and Chris Bernier. The saga of Michael Myers and Laurie Strode comes to a spine-chilling climax in this final instalment of the franchise.

An English-language adaptation of the 2014 Austrian film of the same name. Twin brothers arrive at their mother’s house and begin to suspect that something isn’t right.

Pearl is a 2022 American slasher film directed by Ti West, and co-written by West and Mia Goth, who reprises her role as the titular character. Starring David Corenswet, Tandi Wright, Matthew Sunderland, and Emma Jenkins-Purro.

Trapped on her family’s isolated farm, Pearl (Mia Goth) must tend to her ailing father under the bitter and overbearing watch of her devout mother. Lusting for a glamorous life like she’s seen in the movies, Pearl’s ambitions, temptations, and repressions all collide.

The after Ever Happy movie is the fourth sequel in the American romantic drama film After, directed by Castille Landon. The series is based on the 2015 novel of the same name by romance author, Anna Todd. The movie stars Hero Fiennes Tiffin as Hardin Scott, Josephine Langford as Tessa, Arielle Kebbel as Kimberly, Chance Perdomo as Langdon among others.

After Ever Happy follows the tumultuous relationship between two college students; innocent Tessa and Hardin, a damaged boy with several cracks in his life. Hardin discovers that Christian Vance is his biological father and was cheating with Hardin’s mother all his life. Hardin drunkenly and angrily sets his mother’s house ablaze. Tessa and Hardin fights and she returns alone to her apartment where she finds her father’s corpse. With numerous setbacks weighing their relationship, Tessa finally breaks it off and moves to New York with her friend and Hardin’s brother, Landon.

In August 2022, there was a reveal of a secret sequel to After Ever Happy and the official title will be After Everything. Both Josephine Langford and Hero Fiennes will co-star in this fifth instalment.

Meet Cute revolves around when Sheila (Cuoco) and Gary (Davidson) meet and it’s love at first sight. However, viewers will soon realise that Sheila’s got a time machine, and they’ve been falling in love over and over again. But when the perfect night is never quite enough, Sheila travels to Gary’s past to change him into the perfect man.

Bros Hollywood rom-com movie featuring gay men Billy Eichner (Bobby Leiber) and Luke Macfarlane (Aaron) as the leads. Co-written by Billy Eichner, directed by Nicholas Stoller and produced by Judd Apatow, the film tells the story of a New Yorker named Bobby Leiber. A 40 year old queer history podcast host who has spent most of his life alone and has convinced himself he’s better off this way until he meets Aaron.

This Adaption of the 2000 novel of the same name by Joyce Carol Oates, it is a fictionalised take on the life of American actress Marilyn Monroe played by Ana de Armas.

The Silent Twins is a complicated story of the real-life twins June and Jennifer Gibbons, played by Letitia Wright and Tamara Lawrance. The movie was directed by  Agnieszka Smoczynska

June and Jennifer Gibbons are twins from the only Black family in a small town in Wales in the 1970s and ’80s. Feeling isolated from the community, the pair turn inward and reject communication with everyone but each other.

Then, retreating into their own fantasy world of inspiration and adolescent desires and after a spree of vandalism, the girls are sentenced to Broadmoor. An infamous psychiatric hospital, where they face the choice to separate and survive or die together.

American biographical musical drama film based on the life of American pop icon Whitney Houston. The film is directed by Kasi Lemmons and written by Anthony McCarten, with Houston’s former record producer Clive Davis also serving as a producer on the film.

After a spell goes wrong in an attempt to save her current life, Giselle has to save her homeland back in the Kingdom of Andalasia. Disenchanted is a sequel to 2007 Disney movie Enchanted, starring Amy Adams in both movies.

Pinocchio is a live-action remake of the original story from Walt Disney. The American musical fantasy film was directed by Robert Zemeckis and stars Tom Hanks as Geppetto, Benjamin Evan as Pinocchio, Cynthia Erivo as The fairy witch among others

The School For Good And Evil

Based on the 2013 novel of the same name by Soman Chainani. The School for Good and Evil is a teen fantasy movie that spins the tale of Best friends; Sophie and Agatha who find themselves on opposing sides of an epic battle. Starring Sophia Anne Caruso as Sophie, Sofia Wylie as Agatha, Jamie Flatters as Tedros, Charlize Theron as Lady Lesso etc.

Santa Claus steps in to save the day when a group of mercenaries attack the estate of a wealthy family. The dark humour comedy movie directed by Tommy Wirkola from an original screenplay written by Pat Casey and Josh Miller. Violent night stars David Harbour as Santa Claus, Alex Hassell as Skyler, John Leguizamo as Ben among others.

A period mystery comedy film directed, produced and written by David O. Russell. The movie set in the ’30s, follows three friends who witness a murder, become suspects themselves, and uncover one of the most outrageous plots in American history.

See How They Run

In 1950s London, plans for a movie version of a smash-hit play come to an abrupt halt after a pivotal member of the crew is murdered. When a world-weary inspector and an eager rookie constable take on the case, they find themselves thrown into a puzzling whodunit. Within the glamorously sordid world of underground theater, investigating the mysterious homicide at their own peril.

Glass Onion: A Knives Out Mystery

Tech billionaire Miles Bron invites his friends for a getaway on his private Greek island. When someone turns up dead, Detective Benoit Blanc is put on the case.

Otto, a crotchety, irritable, and fiercely strict widower, lives a lonely life, judging everyone he sees. When he forms an unlikely friendship with his new neighbors, Otto begins to change.

Inside Life is a drama-comedy that follows the story of Larry. Just a few days before his wedding, he gets wrongfully remanded in prison. Not only does Larry need to get released on time to get married to his sweetheart, but he must learn to survive and come out of prison alive.

Can the one who controls death save his own life? A film directed by Kunle Afoloyan, produced by Kap Motion Pictures and Golden Effects Pictures. Starring Kunle Remi, Bimbo Ademoye, Sola Sobowale, among others.

Directed by Dimeji Ajibola, Passport follows a ghetto girl, Mercy Johnson (Kopiko) and a rich brat Jim Iyke (Oscar) as they collide on a quest to retrieve a stolen passport.

Finding Hubby 2 is the second instalment in this franchise by Director Femi D. Ogunsanwo. After discovering her fiancee’s secret, a woman finds herself at a crossroads between a shallow marriage and the return to the chaotic world of dating.

After years of fighting to survive on the streets of Lagos, twin brothers Wale (Falz) and Akin (Tobi Bakre) fall on opposite sides of the law. The bonds of brotherhood are put to the ultimate test as one joins a task force that hunts down the other and his gang. 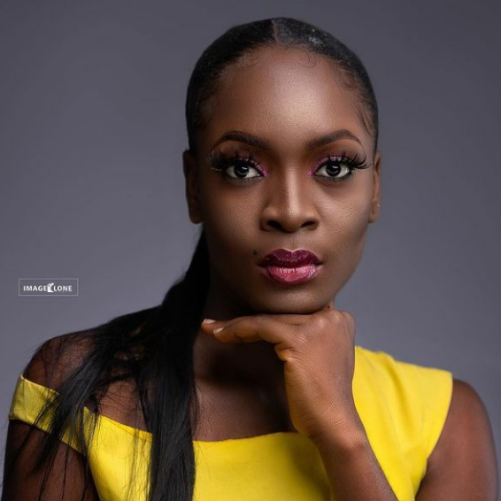